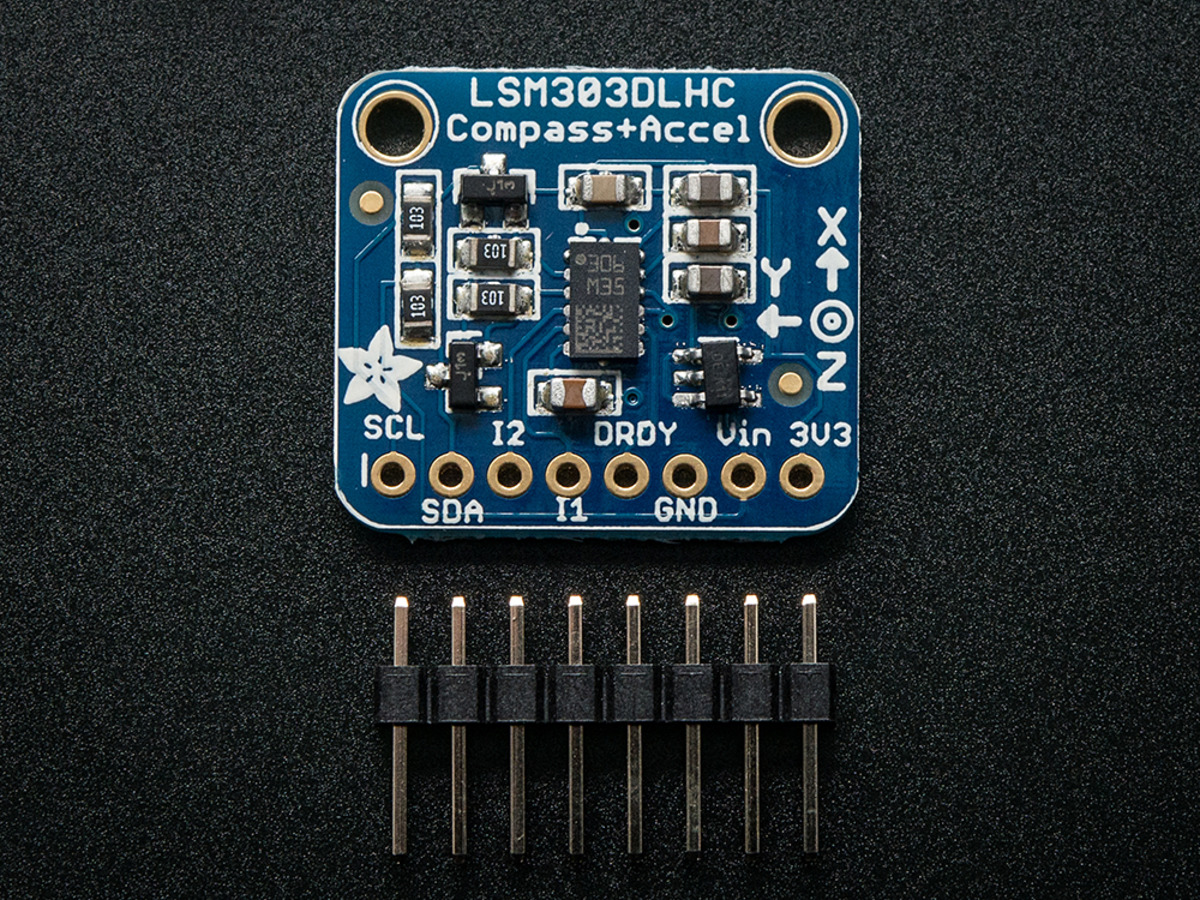 The 3-Axis Magnetometer and Accelerometer Board

My specific project may not require much precision, but I still decided it would be a good idea to calibrate the outputs. There are a number of  both sophisticated and simpler tools for magnetometer bias measurements, but I wanted a simple solution I could run on my headless Pi zero W and that dealt with calibrating both the magnetometer and accelerometer.  An excellent discussion that I borrowed heavily from is the blog post “How to Calibrate a Magnetometer.”

There are two general types of distortions in the outputs. One is a straight shift (bias) in a given direction, while the other distorts the response. The former is the easiest to deal with computationally. One can rotate the unit around all axes (a figure 8 movement with rotation is what I use) and measure the minimum and maximum values reported for the 3 axes (six values in all). If there is no bias, the absolute values for the + and – direction of each axis would be the same. If the response is shifted towards one or the other, there’s a bias present. One can simply compute the average of the min and max for each axis, and then subtract that value from the reported output for that axis.

Offset bias. Called “hard iron distortion” in a magnetometer, as it is often due to the presence of exterior ferrous substances. (source: Vectornav)

The other type of error distorts the shape of the response. 3D matrix algebra is needed to fully address this type of error, but a simpler approach that provides an approximate correction is to just look at the 3 axes. Calculate the average delta between the maximum and minimums for each axis, then compute the scaling factor for each individual axis that scales the delta for that axis to match the average.

My code then does the same thing for the accelerometer. For that calibration, you want to slowly (so as not to introduce large motion accelerations) position the board so that each of the 6 faces points up while the calibration program is running.

One that is done, the code then writes the magnetometer and accelerometer offsets and scaling factors for each axis (so 12 values in total) to a .ini file so that they can be called and used by the application program that will be making the measurements.

In my initial measurements, I found appreciable bias errors for the magnetometer (on the order of 12%), with much smaller bias errors for the accelerometer (on the order of 1.5%). The scaling factor corrections were  smaller for the magnetometer than the bias (the correction factors were 7.5%, 1%, and 6%). For the accelerometer, I measured 0.03%, 6%, and 5.5%).